The official site of cartoonist Gahan Wilson. This site honors his life and his legacy and contains cartoons, illustrations, writings, video, photographs, and interviews.

Gahan Wilson. There was only one. 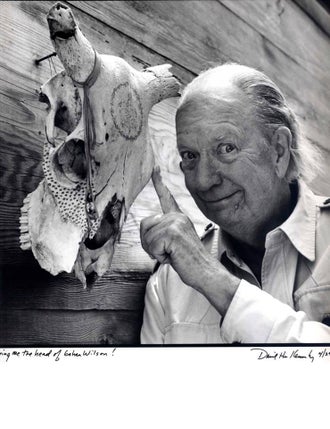 ”My big break came when the cartoon editor for Colliers – who, like everybody else, thought the readers wouldn’t understand the cartoons I did – left to become the cartoon editor of Look. In the interim, the art director took over. Not being a trained cartoon editor, he did not realize my stuff was too much for the common man to comprehend, and he thought it was funny. I was flabbergasted and delighted when he started to buy it! He wasn’t in all that long, about a month and a half, but by that time my cartoons had started to appear. The guy who had gone to Look saw them in Colliers, and I guess a great dawning occurred, so he started buying them for Look, and that was it – I was now a big-time cartoonist! Absolutely foolish, but that’s the way it happened. That was the chink in the armor, and I just got through it. ”Art should lead to change in the way we see things. If some artist comes up with a vision which gives a new opening, it usually creates a lot of stress, because it’s frightening. Like Cubism reveals there’s this whole other reality to reality, or Stravinsky comes along, and there’s a riot! This is art. It’s very disturbing. If you really see a Cézanne, you never see anything the same way afterwards. It’s heavy stuff, very powerful. And the artist – literary, graphic, or whatever – does an amazing thing. The creative artist is automatically an outsider, because he sees through the world that everybody else takes as the final reality, and he’s a very scary kind of guy.” Gahan Wilson

Experience the genius of Gahan Wilson on any phone or web connected device.

GahanWilson.net is accessible on your phone or your computer. You can also view the site on any web connected device like a tablet.